✈ Free Worldwide Shipping on All Orders ✈ Smart Whitening Toothbrush can use ultrasonic technology that provides 360-degree coverage of all aspects of brushing. Automatic foam production, tooth cleaning, and tooth cleaning with a U-shaped silicone toothbrush head are all possible without the use of your hands. Smart Whitening Toothbrush combined with human engineering can clean the surface and inside of the teeth quickly. It only takes 10-15 seconds to complete a full range of brushing action. Waterproof, washable, and reusable, ensuring the health of your teeth. The Smart Whitening Toothbrush has four modes of operation: strong cleaning, massage, beautiful teeth, and comfort (recommended for the first use). 100% SATISFACTION GUARANTEE
1. No-Risk, 60-Day Money-Back Guarantee.
2. Comprehensive 1-year Warranty Included.
3. 100% Quality Inspection on every order.
4. FREE Shipping. No surprises or hidden fees.
5. Safe Payments via Credit/Debit Card or PayPal®
6. End to End Tracking for every order.
7. Help when you need it. We got you! 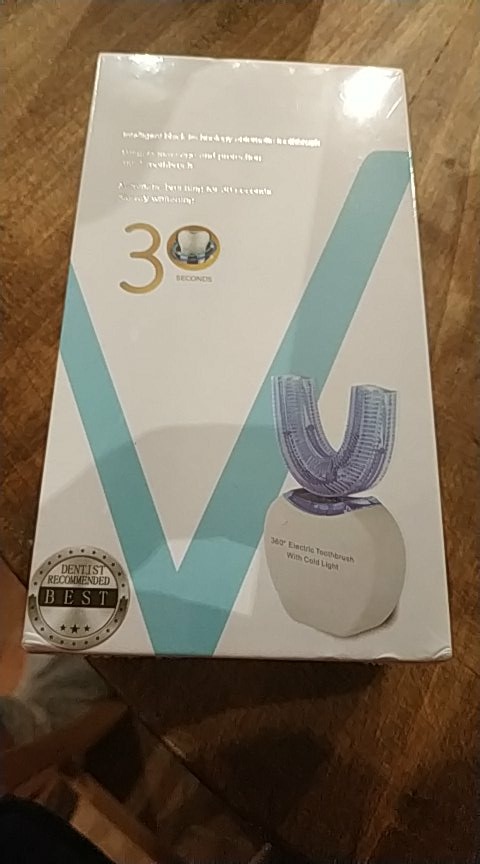 Compliant, waiting to use it

About a week in three-got brushes. I ordered two pieces. For yourself and for the son, one complete set, only black, apparently a little more expensive because of the color. The pink brush came in a branded box, black-just in the package. Opened at the expense of this dispute and returned 300 rubles. At the parodontosis itself, and thought that the massage effect would better affect the dösnes. My son is just like an incentive to do his teeth, and then it happens that he can forget to brush his teeth. We use the second week. I noticed a small effect of teeth whitening, plus gums, as if-became "denser". But time will show how effective the brush is. Of course, as the teeth follow does not clean, alternate with the usual brush, plus we use dental threads. Like gum massage is good. Later I will add a review. We had a full charge of seven days.